Bouncing Deathquark wrote the book on core KeyForge concepts, only they didn’t write it, they recorded a podcast. I highly recommend listening to it, starting with episode 00 that explains how to listen it it now that it is done. That said, I understand that podcasts aren’t everyone’s cup of tea, and podcasts are also very hard to reference, so here I am.

I initially meant to make one article per episode, but this means also listening to all the episodes again, and that would be too time consuming for me. Instead, I will write up the concepts that I learned from them and still use to this day.

I’m not using anything directly from BDQ in this article, I’m simply explaining those concepts the way I understand them, which admittedly, may be a little different than they do. Which is another reason why I recommend listening to their podcast, it is a different conversation around the same topics, and different ideas help inspire us.

This is not always ideal, but it will help you pick a course of action when there isn’t another obvious choice. Often times a high threat creature must be removed, and that is a more important factor than hand + board.

In the above example, the decision to play hand + board is likely the correct one. While you could develop your Saurian board, using the Champion Anaphiel, developing the Angry Mob and stunning the Niffle Ape probably optimal. Facing a nearly empty board and an opponent with no keys, playing Shadows is not ideal.

Sometimes hand + board will not cut it, and here are some reasons why.

You might want to consider the best play to get out of 2/2/2 hands, which I covered here. 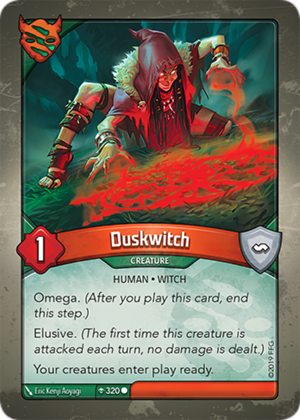 If that Niffle Ape was a Duskwitch, playing a smaller hand + board in Shadows is the correct play, due to a big threat on the board (witches must die).

Is there a card you need to find?

Maybe you need a board clear or a combo piece. Maybe you need to find Æmber control. Maybe you have a high value card in your deck like Val Jericho. Those are all reasons why you might choose to play more cards from hand, even if Hand + Board is higher in another house.

Using your board and a smaller portion of cards in hand means that you might draw into more cards of the other houses, and that may result in a higher impact play when you do draw those houses. Often times new players complain that their opponents are lucky, playing 5 cards of a certain house at a time, when in reality they have likely carved their hand for maximum impact.

A common strategy for hand carving is only calling two houses for several turns, clearing them out until your hand consists mostly or even entirely of the third house. This is particularly useful if the third house is a burst house (explained later).

Creatures come in all shapes and sizes, some are easier to remove while others more difficult. You can be much more confident that a warded Saurian creature will be there in a turn or two than a high threat low power unprotected Star Alliance creature.

Likewise, if your opponent has a lot of ways to deal with creatures, you might want to take the opportunity to use a board while it is still there, rather than develop a second house.

A common phrasing you might hear is ABC – Always be Checking. If one play brings you to check while another doesn’t, it might be a good idea to go to check. This forces your opponent to respond or forfeit their ability to do so as you forge your key.

Delta is a more basic concept related to potential Æmber, which I have previously outlined.

Your delta is the amount of Æmber you can generate from using your board, generally the highest number of creatures from a single house. It is important to note your delta and your opponent’s delta, to see how the race for keys is going.

If you have 2 creatures of each house your delta is 2, because at most you can reap for 2. If your opponent has 4 creatures of the same house, they have less creatures on the board but their delta is higher at 4.

If you think back to hand + board, you will know that if you reduce your opponent’s delta sufficiently, they might choose to play a different house, and thus not use the board at all. Which is why you often don’t need to kill off the entire board, just reduce the delta. I like to generally keep my opponent’s delta around 2, if possible.

There are three common house roles in KeyForge, and while this concept was conceived in the olden days of CotA, it still holds true. Nonetheless, it is much easier to find CotA decks with clear house roles, so I will use one as an example.

The main house is the house you want to call most during your game, it is the house with the creatures that stick to the board and are able to be used repeatedly. Every house in KeyForge can produce a main house, it all depends on the cards in that house. In this case the high number of beefy Sanctum creatures can be used repeatedly to control the board and reap. Sequis and Protectrix are good main house creatures, as they provide repeated utility. 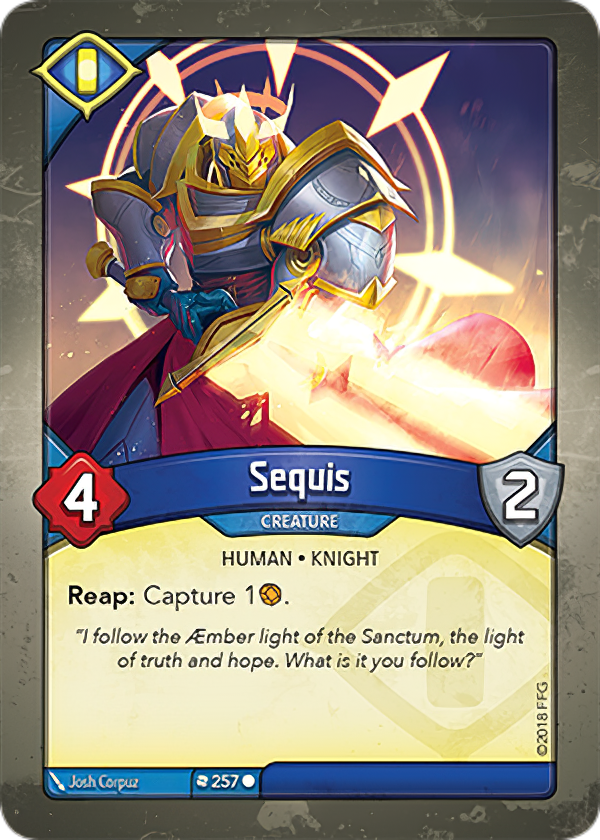 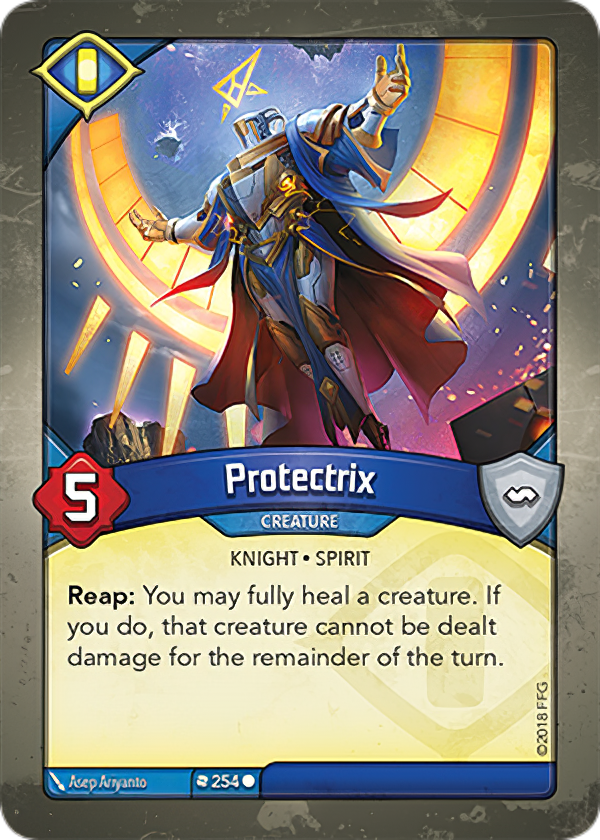 It is very possible, especially in Worlds Collide to have more than one Main House. The high creature count and the significant utility of creatures means you could have two houses in your deck you’d be happy to utilize several turns in a row.

A support house usually doesn’t have a lot of creatures that take time to set up and use. You want utility actions like removal, disruptions, constant abilities or cards that help you set up other houses. A good support house doesn’t necessarily have a big impact when called, it could allow your other houses to function better. 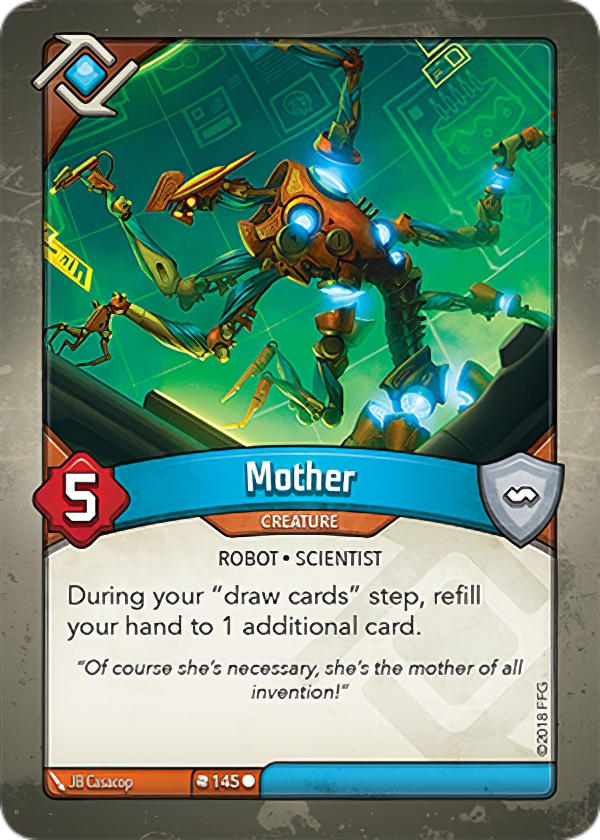 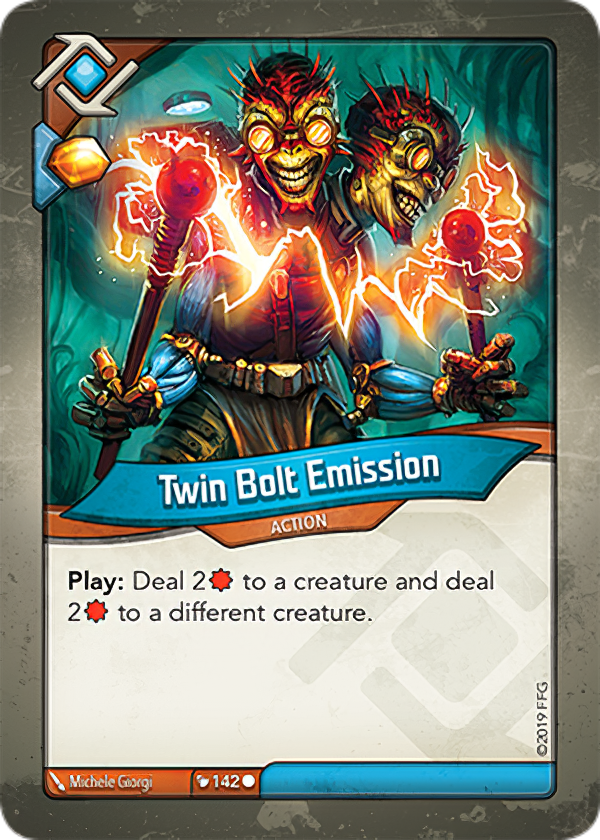 Logos in this case has two Mothers, with very strong passive abilities. It has a Twin Bolt Emission for some spot removal and a little bit of archiving and disruption. You’d be happy if a Doc Bookton survives for when you call Logos again, but it is not necessary for the house to do it’s role.

This is another case where even if you have 3 logos creatures and 1 card in hand, you might still prefer switching back to Sanctum, as the utility of using the Logos creatures is not high.

A burst house is a house that can generate a lot of Æmber, or possibly cards, out of hand with little or no setup outside of hand carving. The most common burst house is Untamed, providing Æmber from playing creatures or actions. Many lineups can produce a key or more worth of Æmber in a single turn, and even forge it with a key cheat like Chota Hazri or Key Charge. 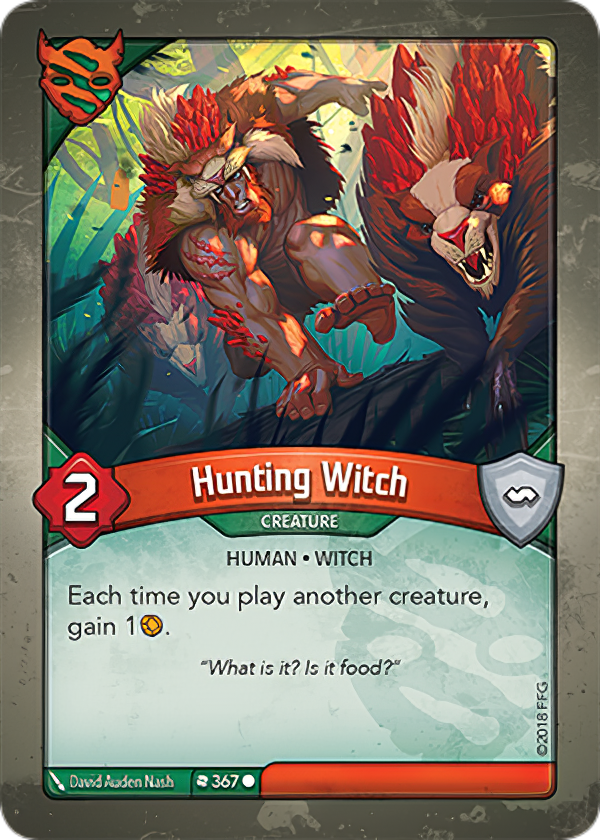 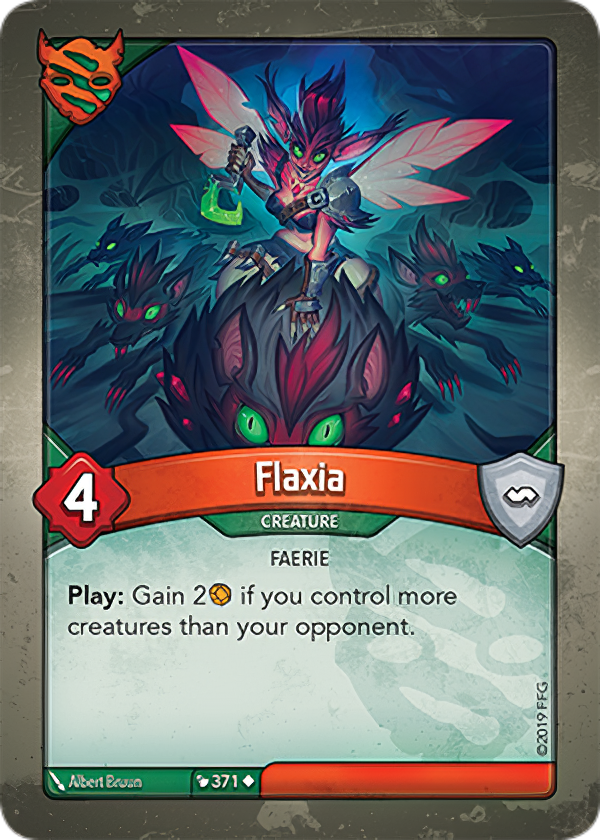 However, burst houses are not limited to untamed, and many other houses have burst potential. Identifying the house that wants to be carved for a burst can really up your strategy with a deck.

There are more Bouncing Deathquark concepts, but those are the ones I use the most.

Join the discord and find the #timeshapers channel to join my Thursday events.

You can also listen to the Timeshapers Podcast, so find it on your favourite platform.