On Thursday FFG live streamed the announcement of the next set, and article followed, along with a crucible cast. I thought I’d give you my first impressions of the new mechanics we’ve been teased.

Warning: some negativity ahead.

Briefly, Enhance means that one card existing in a deck will assign printed icons to other cards in the deck during deck generation.

The Hystricog will assign 3 damage icons among other cards, those cards will deal 1 damage when played. This will allow the decks in Mass Mutation to have even more unique cards. A Rapid Evolution with a damage icon will be unique and rare. But does that matter? 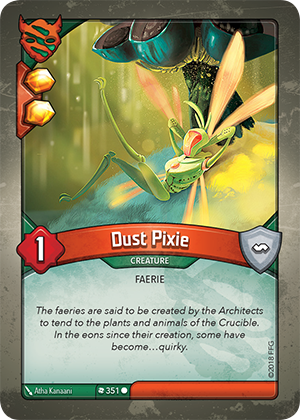 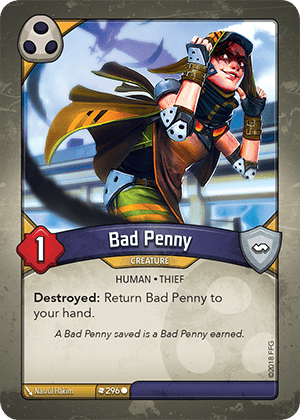 If the æmber is moved from a card that is hard to recur, to a card that is easier to recur, it can be meaningful. Which is why people are gushing over the thought of a legacy Bad Penny getting æmber pips, she’s the easiest card in the game to recur.

A damage pip on a board clear could help pop a ward before clearing the board. But the circumstances where such great synergy occurs is going to be rare, and since enhance is going to be really random, I feel the chances of it being meaningful are slim. We’ll have to see though! 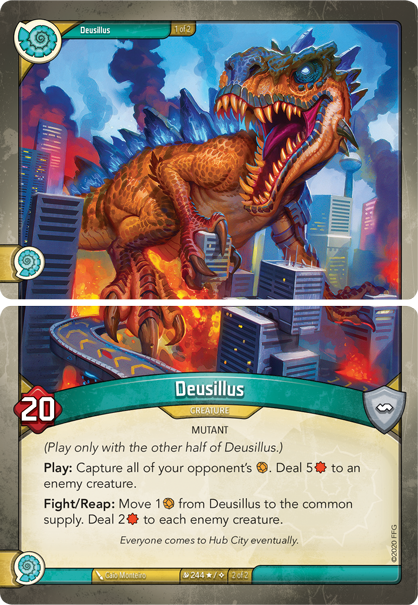 Apparently these split cards come with a some third card to make it easier to find the pieces, still this is essentially a two card combo that does nothing without the other piece. Let’s look at a two card combo already existing in KeyForge and see how they compare.

Tribute and Sic Sempter Tyrannosaurus together basically makes your opponent lose 4 æmber and you gain 5 æmber, provided you control the most powerful creature. Tribute of course combos with other cards and so does Sic Semper, and not only that, they both have a meaningful effect when played on their own. Speaking of Sic Sempter, it basically counters most of Deusillius on it’s own. 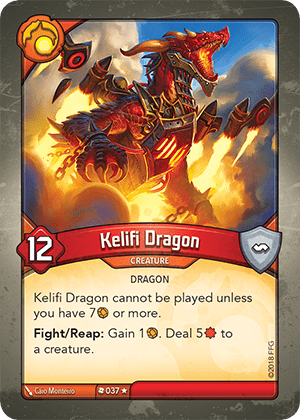 Deusillius on the other hand captures æmber, and doesn’t make any æmber. It deals 5 damage to a creature, and then probably promptly dies to creature removal. Even if it doesn’t die, the fight/reap ability is so underwhelming Kelifi Dragon is mocking it. 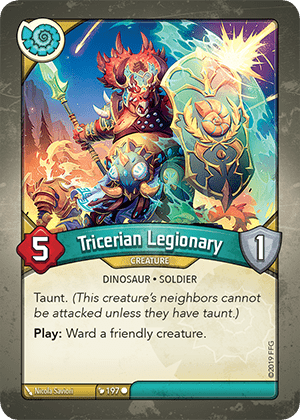 Even Tricerian Legionary has more staying power than Deusillius, if it wards itself. The on play effect of 2 cards should be much more significant than a temporary delay in forging a key and some single target damage. I would at least make it enter play ready.

And all that is without mentioning how silly it is going to feel moving this two-card around on a battle line, exhausting it, and such.

Conclusions and the future

I’m quite interested in seeing where Enhance goes and what it will generate. I can see some really interesting edge cases, and a lot of things that are fairly unexciting, like a lot of mavericks are. I’m also a bit worried that they didn’t think this completely through and it will generate something really ridiculous. 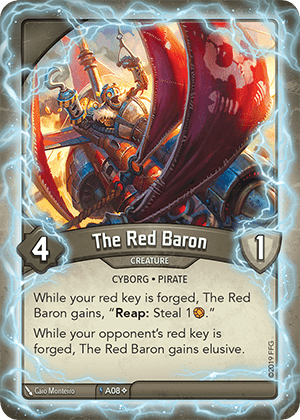 Split cards are my least favourite thing in KeyForge to date, and that includes Red Baron which gets the award for dumbest design decision ever. It basically reads: Every player in the world that does not have Red Baron in their deck is wrong if they forge the Red key before last.
Edit: My problem with Red Baron is only in the context of a set that doesn’t have any other effects that care about forge order. In sealed you can’t know if your opponent has one, so any time a player forges a red key in WC sealed without winning, they are wrong.

Looking forward into the future, I’m hoping FFG keeps silly things like split cards in check, or makes a set of ridiculous stuff like MTG’s Unglued to let it all out of their system without harming the game’s potential for competitive play.

I’m sorry for the negative rant here, but those split cards really rub me the wrong way. I am excited for this set though, and looking forward to seeing what else it brings to the table.

As always, you can follow me on twitter for updates. And join us at the Sanctumonious discord server if you’d like to chat with me, or join an awesome community of KeyForge players.

I also started streaming on twitch. I am still learning the ropes and I have a lot of dead air time. But I think I provide some useful commentary on the game and my decision making.