If you’re anything like me, you don’t really remember all the cards until you’ve actually played with a large portion of them. In Worlds Collide it’s even harder with the Latin Dinos and two whole houses to learn.

I have an Archon event this weekend, and as an effort to learn which cards I need to be able to recognise as I read Archon cards, I’m writing this guide.

I’m only going to list cards that may require adjusting play. I don’t need to know ahead of time about a card that only has an effect after it is in play, unless that effect is huge.

I need to know if I can reply on my artifacts to stay around. And I need to know if one use Artifacts should be used before my opponent might use them. Also, some Artifact control causes long term problems, and may cause me to discard low impact Artifacts rather than play them.

Hock is the only new common artifact control, and as such is the main card we need to know. Luckily it is easy to remember, as the name suggests what it does. When playing against Hock, if you have 1-2 low impact artifacts, it may be better to discard them. 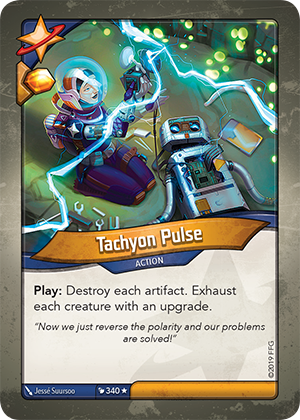 Tachyon pulse is similar to EMP Blast, as it kills all artifacts. This can be a problem for decks which rely on multiple artifacts, luckily, it is a rare.

Giant Gnawbill and Techivore Pulpate are similar, though the former only destroys one artifact at a time while the latter destroys all of them. Both are rare, and you can adjust your play after you see them, but it is important to be aware that they could hit the table.

There is also The Big One, but you can see that one coming from a mile away, so might not be necessary to adjust your play based on it. 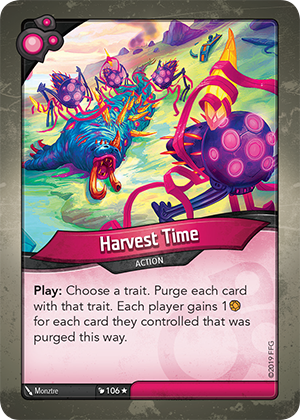 Lastly an elusive one, which you might miss even reading the card. Harvest Time will also purge any Artifacts that have the chosen trait.

Cards that could cause a big chunk of Æmber to move from your pool to your opponent’s.

If you have any steal of your own, it could turn Information Exchange into a better Bait and Switch, so be aware.

If your opponent has Trust No One, you need to be careful about killing their last creature. It would be especially smart to leave a non-Shadows creature in play, so they can’t suicide with it. But only if you have 2 or more houses among creatures in play, otherwise it’s not that strong.

On its own, Crassosaurus might make you try and not go too high, so your opponent can’t capture all your aember, much like a Drumble might make you go to 6 instead of 7.

But combined with either Sic Semper Tyrannosaurus or Exile, the Crassosaurus can be a huge threat. 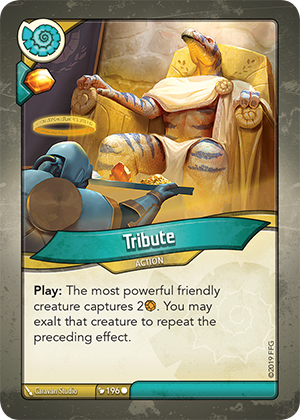 And those two cards also combo extremely well with Tribute, but I’m not sure how you play around that.

Dis has introduced a lot of purging effects into the game, and some decks really need to be aware of it. I can’t say I have formulated a good plan on how to deal with it, mostly due to inexperience, but awareness might help make better decisions during a game.

Borr Nit and Borr Nit’s Touch have similar effects, but one happens immediately and the other you have a chance to kill. Either way though, this could seriously disrupt a combo, so be prepared with an alternative path to victory.

While Infurnace and Noname only purge cards in the discard pile, it may still be relevant for your long term plan. You might want to get immediate value out of recursion rather than wait for the best timing.

If your opponent plays an Impspector and doesn’t immediately kill it, you may be able to control which cards it will purge by adjusting your hand before killing it. If the cards are right, you might even be able to use it to your advantage. 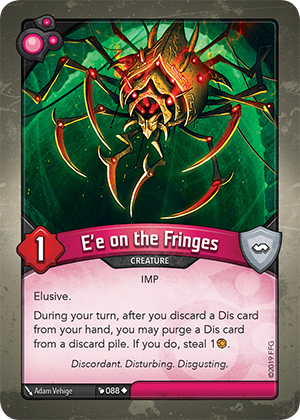 Lastly, we have E’e on the Fringes, which can be used to purge opponent’s Dis cards from the discard.

It’s important to know how safe cards are in your archives, if your deck has some long term archiving plan.

The only new Archive Hate is Fidgit, which is honestly too cute to worry about.

There are no new big steal or capture effects out of hand, except: 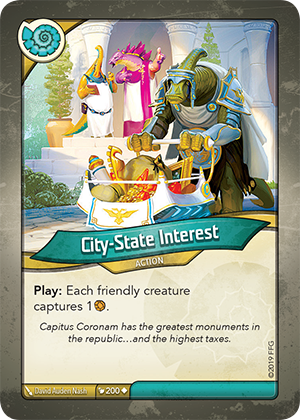 City-State Interest, which is quite a huge card. Be aware of how this could swing the game’s tempo.

There is quite a bit of crowd control in Worlds Collide, so I will separate into rarity. 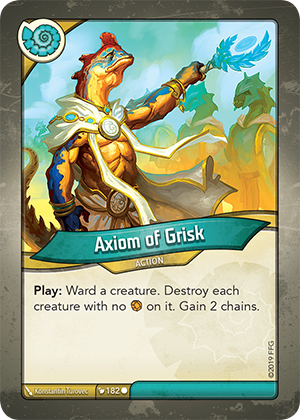 Axiom of Grisk is probably the one to fear the most if you’re playing against Worlds collide, as it can be quite a one sided board clear. If you can capture Æmber, do so, otherwise, treat it with respect.

Another card to keep in mind is Red Alert, which can either do nothing, or clear your board. Beware of playing too many creatures more than your opponent.

Not quite a board clear, but Kymoor Eclipse is definitely something you can be aware of and play around. Make sure your important stuff is in the center.

Ballcano is quite a bad card, but it doesn’t mean your opponent won’t use it if the opportunity arises. 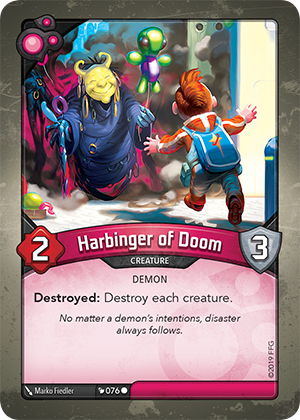 Mostly only scary if it dies on the turn it comes into play, Harbinger of Doom can otherwise be easily played around.

Sometimes it would be better to utilize the board you have than expand it too much when facing an Unnatural selection.

I’m not even sure if you can play around No Safety in Numbers, and it is mostly scary if it can kill a Brend the Fanatic I guess.

Quintrino Flux can really hurt, but what could you do about it? Just be aware the pain is coming. 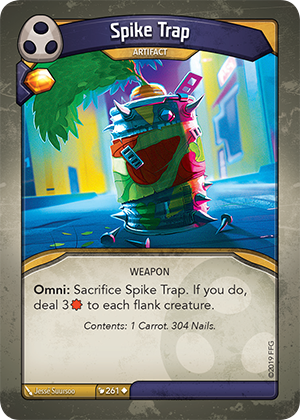 Spike Trap is another reason to keep your important creatures away from the flank.

Regrettable Meteor is probably not going to hurt you too much if you’re not running Dinos. If your deck has a lot of high powered creatures though, be aware. 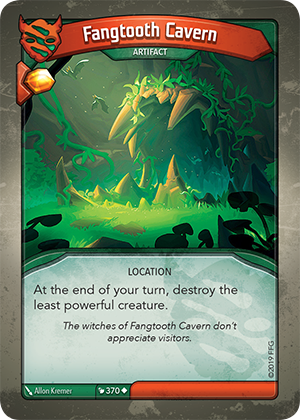 Fangtooh Cavern is an odd one, and you’ll be able to adjust your play after seeing it, but if they have it in their deck, maybe focus on their higher powered creatures first?

Lastly, the Groupthink Tanks really cause you to adjust your creature placement. Do your best to alternate flanks if you can to reduce their impact.

Since you aren’t going to see a lot of those, I’m just going to list them here. I don’t have any clear strategy to deal with them anyway.

Somebody reminded me about Key Cheats, which are definitely cards you should identify.

The two out-of-hand key cheats are probably the ones you need to remember. Luckily they are easy to identify as they have Forge right there in the name! While Imperial Forge is probably the better one, due to how the Exalt and Capture work in Saurians, you should still keep an eye out for Data Forge. Data Forge can easily be used after a big combo turn that ramps the Æmber up in order to cut the game a turn short. I venture a guess though, if you’ll see Data Forge in high level play, the deck probably has a ton of archiving.

The two artifact key cheats are potentially quite powerful, but you can see both Obsidian Forge and The Colosseum coming at least a turn ahead, if not more.

That’s it. I’m sure I’ve missed some stuff, but this should get you going if you’re heading for an Archon event with some Worlds Collide and you’re not quite up to speed.

It has also come to my attention some people would like to play against me on TCO, feel free to drop me a message on Discord, I’d love to play. Aurore#3266.