Here is day two. I did not transcribe the Challenger round to get into top 32, as the stream with commentary by Archon’s Corner was late, and I don’t enjoy watching streams without commentary. Furthermore listening to Erich and Grant’s commentary greatly helps with any analysis I may do. So thanks to them for providing commentary. And of course, thanks to Crazy Killing Machine for providing the raw stream.

I opted not to add card images here except for very key plays, at it takes quite a lot of time.

Dunkro opens with Urchin for no effect because they’re holding a Library Access.

After a Dis turn by Omar, a rather big Library Access turn opens up a big board.

Omar has the option of using 3 Dis creatures and Control the Weak, but probably correctly plays a Shadows turn with 5 Shadows cards in hand. A Nerve Blast goes on Research Smoko, which is likely incorrect, and I would hit the Dodger.

Dunkoro goes to check and draws into Battle Fleet and Key Abduction.

Omar takes Dunkoro off check and Control the Weak into Logos.

Dunkro considers Reverse Time but decided to discard it, and goes back to check with a reap.

Omar forges and plays another Dis with a wide board, taking Dunkoro off check again and goes into check again.

Dunkoro plays a Battlefleet of 4 and then another for 7. A Key Abduction for a free key. Sample Collection a Pit Demon into archives. Squawkers with reaps and passes the turn with 14 Æmber. Dunkoro is well aware their opponent has Too much to Protect, but holding Interdimensional Graft is the answer.

Omar answers with Shadows turn with Too Much to Protect, going up to 14 themselves.

Dunkoro goes into Logos for the Interdimensional Graft.

Omar forges key two, giving Dunkoro 6 (due to 2 Grabber Jammers and bringing Dunkoro up to 9. Omar manages to steal 3 but has nothing more and Dunkoro wins the match.

Andreas opens with a Champion Anaphiel, which is not an easy card for Yami to deal with.

Yami plays a few damaging shadows actions in order to damage Anaphiel and opts to hold a Silent Dagger, an odd decision. 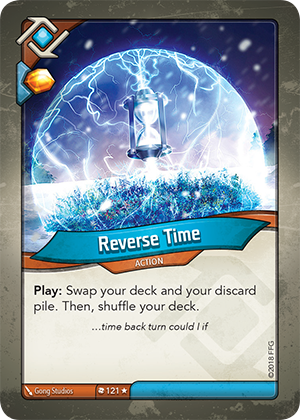 The following turn, Andreas drops an Ember Imp next to Anaphiel. With Yami’s shadows in the discard, their Reverse Time looks quite enticing, but they opt to play Lash of Broken Dreams and a Shooler instead. They attempt to play a Dominator Bauble, but are corrected by their opponent to only play two cards.

A shadows turn by Andreas followed by Yami playing Twin Bolt Emission on the Ember Imp and then Reverse Time. I feel this is an error, as playing the Twin Bolt means a Logos card in the discard, when the hope would be for a Shadows turn to follow up when drawing back the Relentless Whispers and Poison Wave they have in the discard. Luckily, they draw into them anyway. 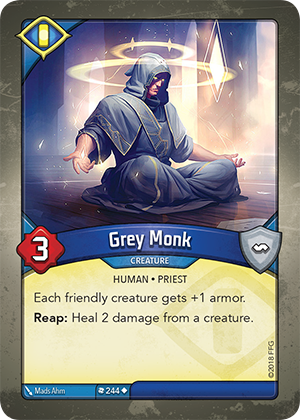 Andreas drops two Grey Monks, spelling disaster for Yami, as they are going to see mostly 2 damage spells in the near future.

The rest of the match goes as expected, with Yami finding very little ground to stand on.

Alessandro opens with a strong Library Access Timetraveller turn, which finds the Screaming Cave for the potential Control the Weak lock.

The following turn Alessandro plays an Ember Imp next to a Shadow Self, along with a Screaming Cave and a Control the Weak, forcing Vincent back into Shadows, unknowingly stopping Vincent from playing Poltergeist onto the Screaming Cave.

Vincent is forced yet again into Shadows and a Screaming Cave shuffle redraws Control the Weak. Vincent gets rid of the Shadow Self with Mack the Knife.

Yet another force into Shadows allows Vincent to kill he Ember Imp, but it makes little difference while still under lock.

Alessandro Forges their first Key, kills off Mack the Knife, and forces Vincent into Shadows, this time Vincent has nothing to do but pass. 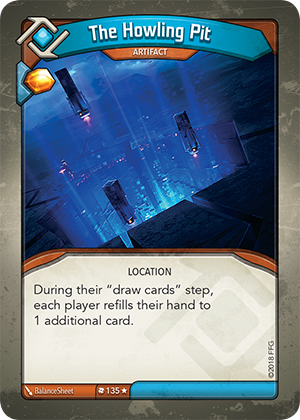 Alessandro finally relents the Control the Weak lock, and plays a Timetraveller Logos turn going up to 8 Æmber, and playing a Howling Pit, which increases the chances of drawing into Control the Weak with Screaming Cave.

Vincent gets a strong Dis turn, capturing 3 of Alessandro’s Æmber, Mind Barbing a Control the Weak and Poltergeisting the Screaming Cave. Unfortunately Alessandro still forges due to Titan Mechanic on the flank. 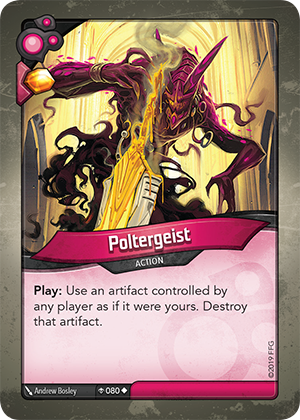 There is a long pause in the game, because when Vincent used Poltergeist on Screaming Cave, they were not prepared to shuffle hand and discard pile into deck due to using it. Alessandro mentioned this, but since Vincent was unprepared, Poltergeist was shuffled into the deck alongside everything else. This is incorrect since Poltergeist has not finished resolving before Screaming cave, and so should be in the discard pile after the shuffle.

Alessandro goes to check for third key by killing Charette and reaping. Vincent still no keys.

Vincent goes to check and takes Alessandro off check with a Routine Job for 1.

Alessandro reaps with Shaffles, plays Gateway to Dis, then Arise! then Shooler, Ember Imp, Shaffles. If they had played Shooler before Gateway, they would he have stolen one additional Æmber.

Vincent goes back to 8 and takes Alessandro off check with Relentless Whispers and a Routine Job for 2.

Alessandro plays double Dextre along with Shaffles to take Vincent off check, but doesn’t go into check.

This allows Vincent to play a Sanctum turn with Virtuous Works to go back to check, and play some creatures. Holds Gatekeeper for protection against potential third key.

Alessandro opts to discard Poison Wave rather than play it, not going to check again, giving Vincent some more breathing room. The thought was probably to keep the double Dextres alive, but Vincent being only on one key means this is hardly necessary.

Vincent Plays a Trubarue and Three Fates to go to check for second key.

Alessandro plays Control the Weak going to exactly 6, and avoiding both of Vincent Drumble and Gatekeepr. Well played. 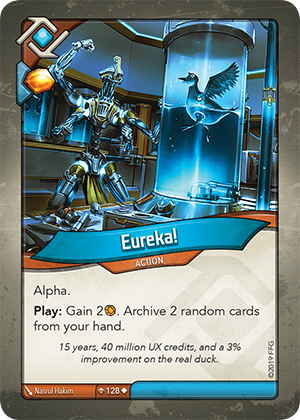 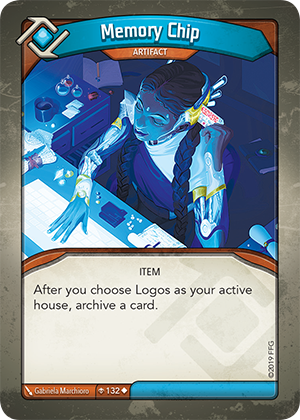 Christophe gets Julien off key.

Julien forges their first key on turn 4, controlling some of the board with Destroy them all.

Christophe purges a Collector Worm by fighting into it with an Ulyq Megamouh and a Yxilo Bolter.

Julien plays Wild Wormhole, a risky move if they still have Key Abduction in the deck, which is required for the big archive turn win. Hits a Director of Z.Y.X.

Christophe uses Special Delivery to purge Director and Arise! on Mars and uses Combat Pheromones to use Mothergun and kill Pip Pip.

Julien destroys a Lash of Broken Dreams with Poltergeist, keeping the game at 1-1 keys.

Christophe uses a very wide Mars board to up to 10 Æmber, and forges their second key on the following turn.

Julien starts the turn by picking up 8 cards from archives, and 1 Æmber in pool. Plays a Key Abduction to get 1 Æmber, and get 1 Æmber back from Grabber Jammer, ending with 3 aember and 13 cards in hand, so forges for 2, leaving 1.

Julien then plays Tyxl Beambuckler to deal two damage to Shadow Self, then plays Mars needs Æmber to capture 1 on shadow self and going to 2 Æmber and 11 cards

A Mothergun deals 6 more damage to shadow self and then a Destructive Analysis kills it off, going to 4 Æmber and 10 cards in hand.

The Plays Key Abduction to 9 cards but also return Tyxl Beambuckler to hand back to 10 cards and 5 Æmber, and forges for the win.

Dunkoro with a strong turn two, cycling most of their hand. 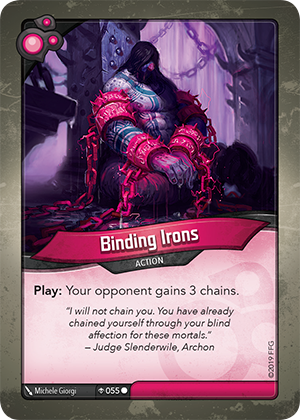 Two consecutive turns of Biding Irons might slow down Dunkoro.

Dunkoro first to check, with Julien with no Æmber and forges first key the following turn, and plays EMP Blast to kill off Memory Chip and Lash of Broken Dreams.

Julien takes Dunkoro off check and nothing much else.

Julien check for key 1 for the first time.

Battlefleet gets Dunkoro enough to Key Abduction for the win.

Dunkoro opts to not kill any Mars creatures with Orbital Bombardment, but rather return them to hand with Key Abduction.

Both players mostly playing cards, as nothing spectacular happening.

Julien plays a Dis turn, dong some damage and capturing 4 Æmber with Pandemonium.

Julien gets to check first.

Julien plays the Wild Wormhole and loses the Key Abduction. There is some debate regarding this line of play, hitting wild wormhole is a loss, but not getting to it can also be a loss, and it’s very hard to calculate whether you’re going to get through your entire deck before before your opponent wins. I’ll trust Julien has played their deck sufficiently to get a feel for the correct play here.

Julien picking up archive, but with only 1 Key Abduction and Mars needs Æmber already played, there is no spontaneous win and no way to take Dunkoro off key.

Dunkoro wins the match in a sweeping 25 minutes.

Top 4 Match was a pleasure to watch, and it’s a shame we did not get to see a repeat in the finals. All in all, some very interesting games played, and a joy to see top level keyforge games.