I thought it would be cool to have a text overview of the games played on stream for those that prefer the written word, or don’t have time to watch the full stream.

This is not a full play by play, and this being the first time I do anything like this, I’d love feedback.

The game was quite a mess with a lot of upkeep mistakes, which makes it very hard to report.

The early game had a Mother on each side. Aitor clears the board with Gateway to Dis in a questionable turn, gaining chains and clearing two creatures on each side.

Jorge shows Key Charge by accident when reaping with Zyzzix the Many, then realizing they can’t archive it, signaling their opponent that they have it. (It would be a misplay to put it in the archive even if they could, as that also signals it).

A timely Jammer Pack by Jorge stops Aitor from forging, but Aitor responds by Collar of Subordination on a big Zyzzix with Jammer Pack. 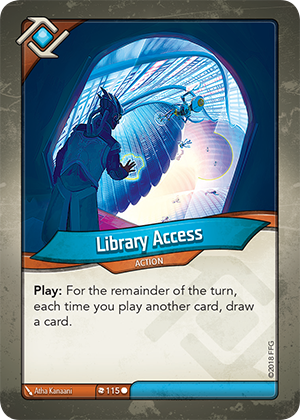 A huge Library Access turn brings Aitor back in the game, but time is called on their turn, and Jorge wins by forging third key at cost at the end of their turn due to time rules.

After a couple of turns of vying for board, with Carmine on the tempo and Santiago responding. Santiago deals with the board and goes to check.

Carmine responds by stealing some Æmber getting them into check and their opponent off check.

Santiago forges their first key going to 1-1 in keys, while facing a controlling Dis board with Tocsin and Succubus, but holding a hand full of printed Æmber.

A big turn for Carmine playing Hysteria and replaying their Dis.

Carmine recovers with a Shadows board going into check for second key. 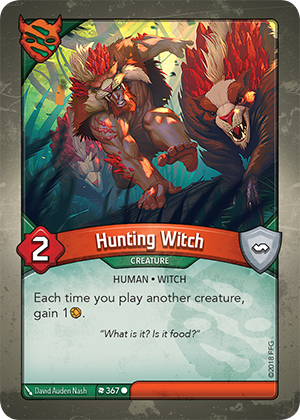 Santiago wasn’t able to respond, and Carmine bursts with Hunting witch to 7 Æmber and Santiago concedes.

Gonzalo in control of the board with  shadows , and takes over an Archimedes with a Hypnobeam.

Martin playing fast as they know they have a Heart deck, and going to time may be an issue.

Martin uses Master the Theory to archive their entire hand, still looking for Heart of the Forest.

Gonzalo forges their first key, and racing to get to another key.

Martin still digging for the Heart of the Forest, if they don’t get it soon, the game is over.

Gonzalo has a Brend the Fanatic next to a Little Niff, making it a very useful card even when alive.

Martin draws Heart of the Forest and Gonzalo forges their second key, passes the turn on check for the third key, but Heart comes down and locks up the game.

Only way I’ve seen Heart of the Forest decks lose in this position is if the player misplays, but Gonzalo has a lot of Æmber control, so there may be another out.

The game slows down as Martin manages to forge their first key, and Gonzalo is trying to hold a shadows board that can steal.

Martin goes to 8 and checks for second key.

Gonzalo plays Resonator to make keys cost 8, they then put Dominator on the other side, allowing Martin to forge their second key rather than making it cost 10. This is a smart play, as it is the only real out they had. If Martin doesn’t manage to forge at 8 cost, Gonzalo wins.

But Martin has a Mimicry to copy Hypnobeam, taking over the Resonator, allowing them to forge for 7 with Key Charge.

Excellent match, but I think Gonzalo had a better line of play, staying on 1 key and playing the Heart of the Forest game. It would create a stalemate at 1-1 keys, which I think Gonzalo is in a position to win, if they hold Martian Generosity to burst for third key with Key Abduction. But I can’t know for sure.

Andreas sets up an Ember Imp neighboring a Champion Anaphiel.

Carlos responds by giving Protect the Weak on the Ember Imp, giving it taunt and allowing them to attack it next turn. Brilliant creative play.

Andreas has a very strong board though, and kills off all of Carlos’ creatures, not allowing them to kill off Ember Imp. But they don’t have any Æmber yet.

A Speed Sigil comes down on Carlos’ side, to allow Carlos to play a Sequis and immediately attack the following turn to finally get rid of the Ember Imp.

Andreas steals all of Carlos’ Æmber checking with 11. Carlos is holding a lone Logos card in Interdimensional Graft, but also a Doorstep to Heaven. They decide to Play Doorstep to Heaven for a bigger turn. A complicated turn where Carlos carefully decides the order of operation, opening with Shield of Justice, attacking some creatures and then Cleansing Wave, but doesn’t kill any of Andreas’ creatures.

This turns out to be a mistake later on, as killing a Grey monk rather than Distributing damage would have made for a better game state for them, the next turn Carlos plays a Poison Wave does does next to nothing due to Grey Monk.

Andreas finally forges their first key, with a huge board against a deck with no real board control, which probably seals the game.

The Interdimensional Graft finally comes down taking a huge pile of Æmber, when Andreas forges their second key, while Carlos still has none.

Andreas captures 5 Æmber and brings Carlos down to 6. They then reap up to 6 themselves.

Carlos forges their first key, with 37 seconds on the clock, and they concede.

Julien drops down Dominator Bauble and Lash of Broken Dreams.

Josue plays Strange Gizmo and a couple of Logos creatures, and Julien destroys them with Gateway to Dis. 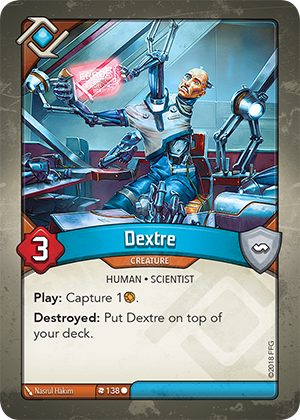 Some questionable card holding by Julien while being chained, and playing Dextre, slowing them down further.

A lash stop Josue from forging, and Julien goes to check. Josue gets the turn with both players at no keys and 8 Æmber, and plays Too Much to Protect and a Ronnie, going to 13 while bringing Julien down to 5.

Josue forges their first key, and pops the Strange Gizmo while still having 5 Æmber to their opponents 6. Rigged Lottery discards Library Access. Passes the turn with 8.

Julien forges their first key, and here comes Help From Future Self double Timetraveller and Effervescent Principle, but no Library Access.

Julien drops a Gateway to Dis, killing their opponent’s Dust Imp getting Josue to 6. Following up with an Arise! on Logos to get the Timetravellers back and a Soul Snatcher.

The following turn Julien plays a Timetraveller and draws a Library Access and the card draws begin, but they are still 1 key to 2.

A second Rigged Lottery by Josue hits nothing.

Josue eventually passes the turn with 10 Æmber and two keys. Julien forges their second key and and is unable to stop Josue.

A turn 1 Hunting witch by Omar goes unanswered, and Toni sets up a Shadow Self with A Bullet Eye next to it.

Omar follows with a Dis board and Control the Weak into Sanctum to stop the Bullet Eye.

Toni sets up a big Sanctum board, but doesn’t generate much Æmber, and Omar responds by a big Untamed burst into 8 Æmber.

Toni goes to 6 Æmber, and can’t kill Hunting Witch due to Fogbank.

Omar forges their first key, and generates back up to 6 with a shadows turn, though unable to stop Toni due to Vault Keeper.

Toni clears Omar’s board with Firespitter into Anger into Ganger Chieftain play, but does not get Omar off key nor are they able to get to 6.

Omar plas a Dust Pixie Nature’s call turn and goes to 8 and Toni has no answer and concedes.

Rene is playing down here, trying to keep the deck they want to play in day 2, and Carlos trying to get into day 2 as they are 4-2 currently.

Carlos opens with a Batdrone, and Rene continues with two Niffle Apes and a Bigtwig.

Carlos Surprisingly Continues with just Foggify and a Reap.

Rene reaps for 3, and Carlos Plays shadows to 6, but misplays, using Pawn sacrifice to kill both Niffles rather than damaging Bigtwig and playing Finishing Blow. Unfortunate.

Rene gets Carlos off check, which would not have happened if Carlos played Finishing Blow to steal one.

Rene forges first key a couple turns later, and Carlos goes into check after clearing board.

Rene rebuilds with Lash of Broken Dreams, Dominator Bauble, and Dust Imp, and plays Arise! on Untamed for the two Niffles and Bigtwig.

Carlos Forges and builds up Shadows with Nexus and Bulleteye and Rene plays the big Untamed board.

Rene goes to check for second key, and stopping Carlos from forging by using Lash of Broken Dreams.

Rene uses shadows to get up to 8 Æmber.

Carlos suicides two Shoolers and finally uses Arises! for Dis, but it’s not enough to get Rene off check.

It was quite hard to write this while watching life stream, but i’m happy to do it again if there is interest. So let me know if you appreciate this, and if you have any feedback.