Playing to your outs

I’m going to put my preparation for UKGE Vault tour on hold to discuss what I feel is an important topic. I’m writing this, inspired by this post on reddit:
They were far behind on Æmber , two keys to two, and realized their only way to win is if they used Chaos Portal and their top card is Miasma. They got the Miasma, but they lost the game anyway as their opponent managed to get them off the key. Nonetheless, I would call this a victory.

When you’re in a tough spot, faced with losing the game, an out is the only conceivable path to victory or postponing defeat. In the above story their only path to victory was Miasma into their opponent not being able to stop them. Since this was their only out, it meant there was no other reasonable play. 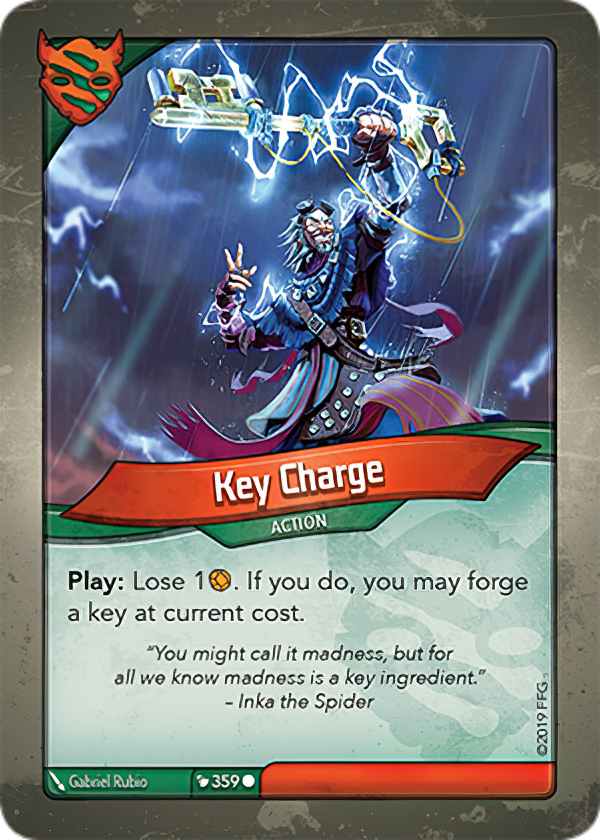 The current board state is 3 Æmber for me, 5 Æmber for my opponent. They have two Dew Faeries on the board while I have two Ancient Bears. My hand consists of Mother, Research Smoko, Batdrone, Quixo, Champion Tabris and Key Charge. I also know my deck is out of Æmber control. What is my out here?

Playing to your outs

I could develop a Logos board, but I’d have no way to get them off check if they just reaped. I could kill their Dew Faeries, but it is enough for them to have a single pip of Æmber in hand for that to not matter.

This is the same mindset that promotes thinking about winning, rather than about the current board state. If you only think about the board state, you may find yourself fighting when you could check and potentially win. Finding a win in KeyForge is often harder than other card games, because unless you have a key cheat, your opponent always has a chance to respond. So there is a lot less “spot the lethal”. Still, ask yourself every turn, which play brings you closer to winning the game. Does fighting bring you closer to winning? Sometimes. Getting rid of a Succubus can bring you closer to the cards you need to win.

It’s the same mindset with outs. You look at the board and ask yourself, if your opponent just reaps, are you in danger of losing? If you are, what can you do about it? Find your outs and play to them.