I go by several names online, between Aurore (newest), poet, poetic and poeticmatter. I’m 35, and have played one sort of competitive game or another since I first encountered Magic: The gathering about 22 years ago, at age 13. While I’ve always played a competitive game, I have never been the best or even close, but I had my share of victories.

Ages 13-17 I played as much Magic: The gathering as I could get my hands on. I played sealed, drafts, and constructed. My proudest achievement during this period is getting second place in a small 4 rounds revised tournament, losing only to counter Phoenix in the finals, using a Mortuary Fecundity combo deck of my own design. My fondest memory is when my opponent used Jester’s Cap on me, looked through my deck and said “I have no idea what to remove”. 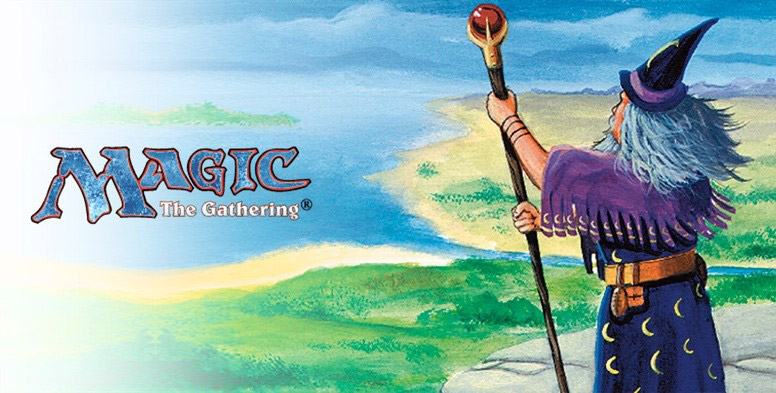 Around age 17 I had my collection stolen. It was my fault, I left it unattended. I tried to get back into it for a while, but the loss was too great. But just about then Magic the Gathering Online came to be. I switched to playing there exclusively. I played all throughout my mandatory army service until I was around 21. I’ve placed top 8 in big 64+ tournaments. I’ve won my share of 8 man drafts. I met my girlfriend at that time, and she quickly became a higher priority. Closing off 5-6 consecutive hours once a day was no longer feasible, and I left the game behind. Not before, yet again having some cards stolen from me (yes, I was naive).

I moved in with my girlfriend,  and for a while I moved completely to board games (which I still love and play to this day). We started off with carcassonne, and made our way to today’s two favourites Gloomhaven and Arkham Horror: LCG. A couple of years after I went back to work for my first employer at daycare and roleplaying game master. That’s where I found Warmachine, and quickly dove in. For about 4-5 years I have played Warmachine at every chance I got. I’d run tournaments along with my employer, some based on official formats, and some of our own concoction. We even ran a campaign of multiple games on a modular hex map. I was again, never the best. I won a few of those tournaments, but it was always clear there was one player consistently outperforming me.

After that around age 27 I started playing League of Legends, I managed to climb the ladder to Gold, but when I got my first warning for abusive behavior I realized I was not having fun. I was spending countless hours on a game I did not enjoy playing. Playing with random teams was just too stressful. I did really enjoy being able to enjoy watching competitive play, but once I stopped playing it was impossible to keep up so I stopped watching.

The quick and accessible

Around age 30 Hearthstone released. I got hooked pretty fast and played it at every breaking opportunity. I made it to Legend once to see that I can, but kept it casual the rest of the time.

Keyforge – Everything I wanted

Over the past 5 years Hearthstone has dwindled from something I did several hours a day, to something I do the bare minimum to get my rewards (clever getting me back every day, even if I just feel meh about it these days). And along came Keyforge. When I heard about it for the first time, I knew this was the game for me. It has all the aspects of a TCG that I love, the intricate plays, the competition, but no deck building! No doubt my weakest point. I found out the LGS that ran the pre-release is really close by, and attended. It was a blast and it even had a good showing. Unfortunately as time went by we went down to about 6 regular players. I’m hoping I can get more players to join, but in the meantime, I had a realization. I’m 35 now, have a steady income, own (a part of) a house, I can afford to fly to a Vault Tour.
So here I am. I have tickets for UK Games Expo at the end of May. I’m playing the main event on Saturday and my hopes are making it to day 2. Based on my research I’ll have to be 5-1 or better on day 1 to make it to day 2, which is quite a tall order. I often finish 2-1 in a 3 rounder at our LGS. I need to improve my game quite a bit to go 5-1.

I’ve learned a lot over the past 10 days listening to podcasts, reading up and just thinking more about how I play. But I still feel there is a way to go. So what I’m doing is starting a blog. I plan on doing two things. Practice choosing a deck out of three, and playing a deck I don’t have a chance to learn before I play it. And I’m going to write about it.

Hope you follow along, and maybe learn something on the way.